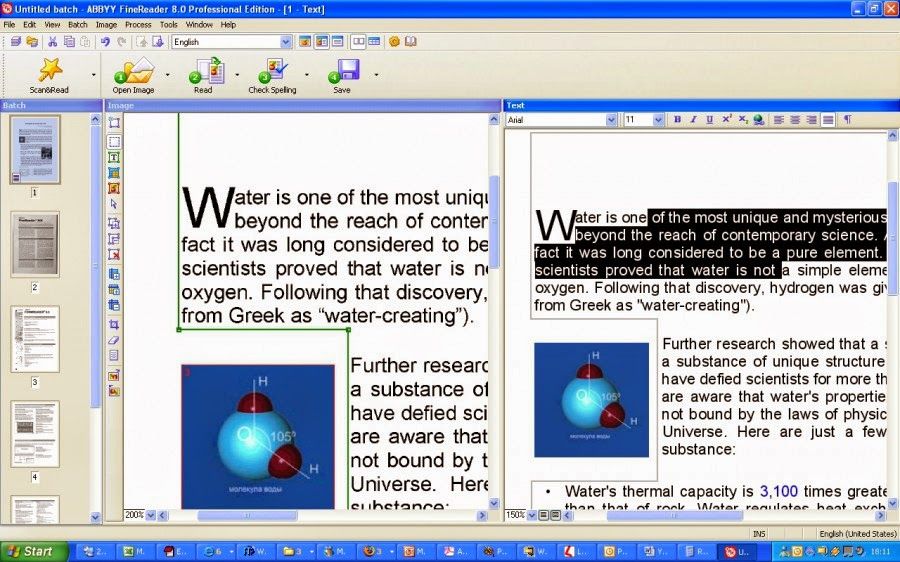 Mac implementation is terrible! Summary Having used Abbyy on our windows computers, I must say I was very disappointed with the poor user experience I've had attempting to use the Mac version. Seems like the Abbyy company has taken a page from the play book of Quicken with reduced features etc for the Mac version - a huge disappointment as it appears the company seems to think that Mac users have diminished OCR requirements than Windows users, otherwise why have features and functions been deleted in the Mac version?

I downloaded the Abbyy Finereader Express version for Mac demo version. However, once I decided to buy it, there was no way to upgrade or buy a license from the application, as in most other programs. Instead I had to download the program again from the purchase page on the Abbyy website - waste of time! Then the activation process is quite hard to understand and lacks logic. Then I had to restart my computer twice before the program would show the Activation window when starting up. Furthermore, the invoice email lists a "Licence Key" while the Activation asks for a "Serial Number" - took me many tries and curses to realize that these two terms were actually one and the same!

Again wasting my time before I've even used the program So, finally got the program running, then I find out there are no preferences, they're all greyed out - don't think I've ever seen that in a Mac program!

Then I check for an update using the menu command. This takes me to a webpage which lists the latest version number in a strange format, different from what's listed in "About FR". However, "Get Info" shows no version number, only a "created date". Downloaded new version and restart, but "Get info" still shows date! So I delete the version and pref's and download the latest version again This time the download "takes" and the created date is - still no version number though Next it asks for "Serial number" again, so I enter the "License Key" number Now onto the using of the program: In a 4 page pdf analyzed document, if I delete "all areas" on all pages and "draw a table" of only a section of one page, it still process all 4 pages.

Have to "delete pages" before analyzing which seems to do the trick In addition, the program does not have a fraction of the functionality of the Windows version. Abbyy is a fantastic program that handles OCR excellently - however, for the Mac version they have really not paid any attention and are treating their customer in a very rude fashion!

Had I not previously used the Windows version I would have never bought this program based on my experience with the abysmal Mac implementation.

Quick and simple It works a treat with ADF Auto Document Feed scanners but is just as capable with regular flatbed scanners, so long as you don't mind feeding in successive pages manually. The trick to FineReader's new holistic approach is that it's designed to identify all the salient points of a document's structure, including entities such as headers, footers, page numbering, columns, tables and graphics, as well as good old-fashioned blocks of body text. Other OCR packages do this as well but the new edition of FineReader does a better job of rebuilding documents using native formatting commands from Word or Excel. It's a big time saver because once the OCR has been carried out, documents are pretty much ready to go, rather than requiring a bunch of random frames and text boxes to be reformatted on the hoof. Added accuracy ABBYY claims a rise in accuracy levels of 35 per cent for character recognition and 32 per cent for layout retention, compared with the previous edition of FineReader. Our tests bore this out, although version 9 still isn't foolproof, occasionally misinterpreting some tables and graphics we threw at it.