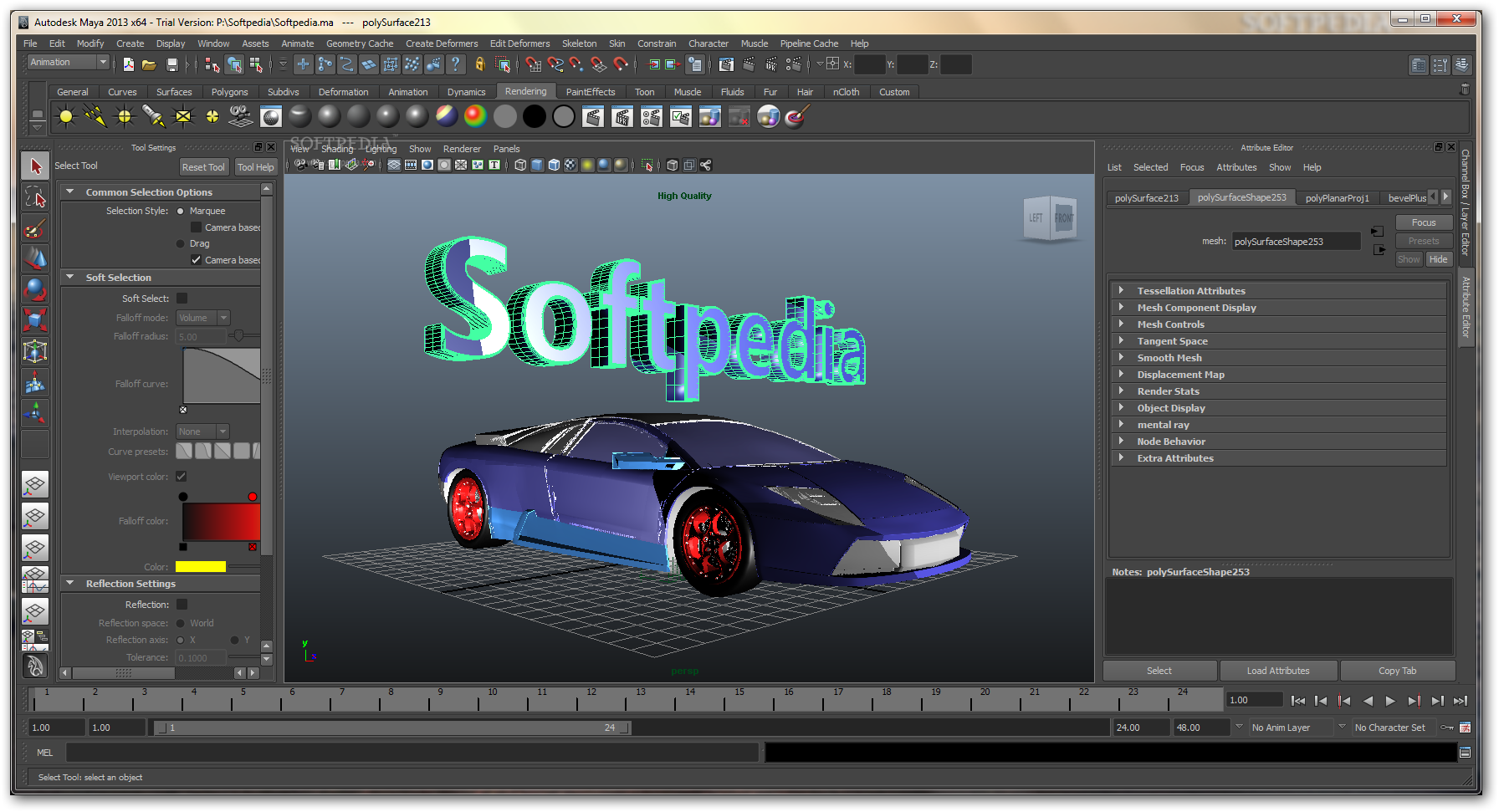 And so we did create this internal job fair called Opportunity Open Market, where people can move around, and again, it was just something that grew from inside the organization that I embraced and I think that's.

I don't think great ideas come from one individual. I think one individual could potentially take credit for them, but I think it's about giving the right culture and the right people, and finding those gems of ideas and helping them flourish. BI: So this thing called V2MOM is a really important at Salesforce. You framed the original V2MOM and gave it to Marc.

PH: Yeah, so Marc brought the V2MOM process to Salesforce.

By Brad Clark Thursday, December 3, at 1: All Flexible subscriptions, real time animation and procedural creation are the name of the game. This means that for many animators and TDs getting character rigs running above 24ps during playback is now possible. This is a big change as last year I reported that 3ds Max animation speed was back up to a useable framerate and Maya had dropped down to a slow crawl.

This allows users to create complex tools and modifiers for modeling and animation as of the extension 1 release that no longer require a programmer's time and compiled plugins. MotionBuilder has finally gotten the software back in development and the team has taken a big step to get ready for future improvements.

There are core improvements to working with the Story non-linear editor tool but read on to see why this is a must upgrade. Mudbox hit the improvement slump this year, while there was a big push to integrate the sculpting engine into Maya.

Of interest is the added Multi-touch gesture support on tablets that are equipped with N-trig technology like the Surface Pro 3… though this really is nothing that will make people switch from existing tools and workflows. Maya Indepth The big push for was getting Maya running faster - the dependency graph, the core of Maya is now threaded, giving a boost in performance across the application. For animation and rigging, this removes a big bottleneck in the deformation pipeline that was stuck on a single CPU and by multithreading it, speeds up skinning and overall animated rig playback.

Depending on your hardware, Maya now can push more data onto the GPU to speed up things significantly. What might have been a 5 fps playback will likely be in the 20 to 30 fps for a game rig. Mocap HIK editing doesn't yet work with Parallel evaluation. But I have seen improvements in speed with animation curve playback, making working with dense data and even with several characters skeletons possible at real-time playback.

Although, there are still limitations with tools like follicles though nDynamics are supported in parallel in the Extension 1 of Maya and using influence objects with verts that don't run in parallel, at least there are resources to help you learn how to speed up your Maya rigs even more. Check out Blazing fast character rigs with Maya for tips and tricks on this. The new system is multithreaded to take advantage of the computing resources available cores and graphics processors.

Previous versions of Maya included only a single evaluation system DG mode. Select from 3 new evaluation modes in the Evaluation section of the Animation Settings preferences: Parallel mode uses the Evaluation Manager to perform parallel evaluation across all available cores.

GPU override works with Viewport 2. The UI got a big update with a new really nice hotkey editor, which allows easier saving, sharing and assigning of hotkeys in Maya. Maya now has support for High resolution displays like Ultra HD or 4K monitors and better font handling, along with cleaned up menu sets to better organize tools and make it easier for newer users to start working in the software.

Overall improvements to docking the UI windows makes it fast to layout the workspace, and the seemingly simple changes makes the software feel more intuitive and puts the user in control.

The negative of this is the overall grey blue coloring being used now is not contrasting enough, personally, and has made it harder to quickly look and find tools. The worst place for this is on the viewport icons to toggle xray, wireframe on shaded and xray bones, for example, but it is hard to tell how long this will take to get used to for existing vs. Menu icons now show up next to the tools in many areas of the UI for a nice added detail.

However, I don't like that the blue, light grey and purple all blend together - the low contrast slows down how fast I can find what I am looking for. Maya modeling has improved drastically over the past few versions and the team has finally fully integrated the modeling toolkit into the standard workflow of tools like Move, Rotate, Scale and pre-selection highlighting.

They then tackled taking the brush and sculpting engine from Mudbox and pulled it in to allow for much better sculpting tools to go with an improved Blend Shape Editor. Simply select a tool from the new Sculpting shelf , adjust the sculpting tool settings , and move your cursor across a model to make a stroke.

For doing quick shape work and fixes for blendShapes the additionally hotkeys and better surface controls for aligning pivots and constraining to the surface make it really smooth to work on volume fixes.

Speaking of pivots, Maya has a big update in control over the pivot. This was a few-step process and hacky. While the animation and rigging boost from parallel processing and deformers is a great bonus, there were some nice improvements in the deformation areas, including a new Delta Mush deformer to help smooth out deformation artifacts.

The Delta Mush deformer was made popular when a demo of it was shared from Rhythm and Hues and it is a nice addition to the deformation arsenal. It does a great job of helping average out stretching and balancing the weighting on areas that are hard with only smooth skinning It can speed up the display a small amount but it also makes it nice to focus on just the character posing without all the visual clutter of the controls. There were various ways to manage this in the past but it is nice to have it streamlined into an existing tool and default out of the box.

Nothing new in solvers - HIK is still broken for doing any kind of advanced rigging with it, like reparenting the controls for better keyframe interpolation. Retargeting also has limitations due to the missing HIK retarget settings that are available in MotionBuilder but don't seem to be exposed in Maya. They did fix a long-standing issue with the Spline IK solver and its advanced twist setting, now allowing any joint axis to aim down a joint chain, not only the x axis.

MotionBuilder is Alive As a long time MotionBuilder user and tester I had given up on seeing any improvements after the disappointing development done in the release. Thankfully, the version has a few more things going for it and at least one must have for upgrading. Dealing with large amounts of characters, big pose sets for the character and long edits, users hit file size limits and then lost work. Now there is some breathing room.

The story workflow has nice alignment updates for managing clips, including aligning them to each other, to the current time and also expanding them to fill in areas.

This all had to be done before with some work by the animator, and is a welcome workflow speed up. It is really nice for animators working on large cinematic layouts or a game animator who is creating many blend and cycle edits that want to quickly export out all the clips to separate FBX files. MotionBuilder is now smart enough to see that the duplicated clips are the same motion and will only write out a single FBX file, making for smaller file sizes, easier to update edits and less memory overhead when working on big scenes.

For many animators working on large layouts with big translations, it is exciting that now you can view and edit keys in the Fcurve editor with transformation values up to 1,, You can find and read the indepth release notes from Autodesk. What's more, users have the ability to create new node types by saving graphs called Compounds.

The new tools that users create can be easily packaged and shared with other users, helping them expand their toolset. If you are unsure where to start, there is a very active Facebook community has already grown around building and sharing MCG tools you can find here: MCG Facebook page.

In the first release, animation controllers were missing. But as of the new Extension 1 Max release, users can now create custom constraints and more complex animation effects with the MCG. Other nice areas of improvement are OpenSubdiv support. OpenSubdiv libraries open-sourced by Pixar that were added to Maya also making clean production geometry easier to move between the two softwares.

Alembic, another open-source data exchange format, has been added, making complex massive geometry or animated characters easier to share and GPU accelerated so working on film-level assets in both Maya and Max without having to export out FBX data is now possible out of the box. XRef gets new life, the last area I will mention, is a big deal for teams using Max.

As a first pass Autodesk added new support for non-destructive animation workflows in XRef, as users can now externally load files and objects into a master scene and animate them or edit material on the XRef object without having to merge them first. But it is a huge improvement over the past system and should allow for much better collaboration on files without having to manage updates by hand.

Max has always had an easy to configure UI and the new templates will make it even better to keep artists from creating something in the wrong unit setup or if artists are shared between projects with different settings. I know I wish I had this when I was on three different games that had different units and settings.

Final Thoughts With the across-the-board large feature updates in Maya and Max, mixed with the tremendous amount of tweaks and updates to streamline and simplify artist workflows, and larger file handling for MotionBuilder, it is easy to recommend the upgrade, the first time in several version I have felt this way honestly, as anyone who has read my last reviews will know.