I start out from the assumption that you have read and completed with success the Installation in Windows tutorial. Therefore, before you go any further make sure you have an OpenCV directory that contains the OpenCV header files plus binaries and you have set the environment variables as described here Set the OpenCV environment variable and add it to the systems path. These have the advantage that all the content of the library is loaded only at runtime, on demand, and that countless programs may use the same library file.

This means that if you have ten applications using the OpenCV library, no need to have around a version for each one of them. Of course you need to have the dll of the OpenCV on all systems where you want to run your application. Another approach is to use static libraries that have lib extensions. You may build these by using our source files as described in the Installation in Windows tutorial. When you use this the library will be built-in inside your exe file. So there is no chance that the user deletes them, for some reason.

As a drawback your application will be larger one and as, it will take more time to load it during its startup. To build an application with OpenCV you need to do two things: Tell to the compiler how the OpenCV library looks. You do this by showing it the header files. Tell to the linker from where to get the functions or data structures of OpenCV, when they are needed.

If you use the lib system you must set the path where the library files are and specify in which one of them to look. During the build the linker will look into these libraries and add the definitions and implementation of all used functions and data structures to the executable file. If you use the DLL system you must again specify all this, however now for a different reason. This is a Microsoft OS specific stuff.

It seems that the linker needs to know that where in the DLL to search for the data structure or function at the runtime. This information is stored inside lib files.

Nevertheless, they aren't static libraries. They are so called import libraries. This is why when you make some DLLs in Windows you will also end up with some lib extension libraries. The good part is that at runtime only the DLL is required. To pass on all this information to the Visual Studio IDE you can either do it globally so all your future projects will get this information or locally so only for you current project.

The advantage of the global one is that you only need to do it once; however, it may be undesirable to clump all your projects all the time with all this information. In case of the global one how you do it depends on the Microsoft Visual Studio you use. There is a and previous versions and a way of doing it. Inside the global section of this tutorial I'll show what the main differences are. The base item of a project in Visual Studio is a solution.

A solution may contain multiple projects. Projects are the building blocks of an application. Every project will realize something and you will have a main project in which you can put together this project puzzle.

In case of the many simple applications like many of the tutorials will be you do not need to break down the application into modules. In these cases, your main project will be the only existing one. Choose Win32 Console Application as type. Enter its name and select the path where to create it. Then in the upcoming dialog make sure you create an empty project. The local method Every project is built separately from the others.

Due to this every project has its own rule package. Inside this rule packages are stored all the information the IDE needs to know to build your project. For any application there are at least two build modes: The Debug has many features that exist so you can find and resolve easier bugs inside your application.

In contrast the Release is an optimized version, where the goal is to make the application run as fast as possible or to be as small as possible. You may figure that these modes also require different rules to use during build. Therefore, there exist different rule packages for each of your build modes. These rule packages are called inside the IDE as project properties and you can view and modify them by using the Property Manager.

Expand it and you can see the existing rule packages called Property Sheets. The really useful stuff of these is that you may create a rule package once and you can later just add it to your new projects. Create it once and reuse it later. We want to create a new Property Sheet that will contain all the rules that the compiler and linker needs to know. Of course we will need a separate one for the Debug and the Release Builds. Start up with the Debug one as shown in the image below: In the following I will show to set the OpenCV rules locally, as I find unnecessary to pollute projects with custom rules that I do not use it.

The full location of the OpenCV library may change on each system. Moreover, you may even end up yourself with moving the install directory for some reason. If you would give explicit paths inside your property sheet your project will end up not working when you pass it further to someone else who has a different OpenCV install path. 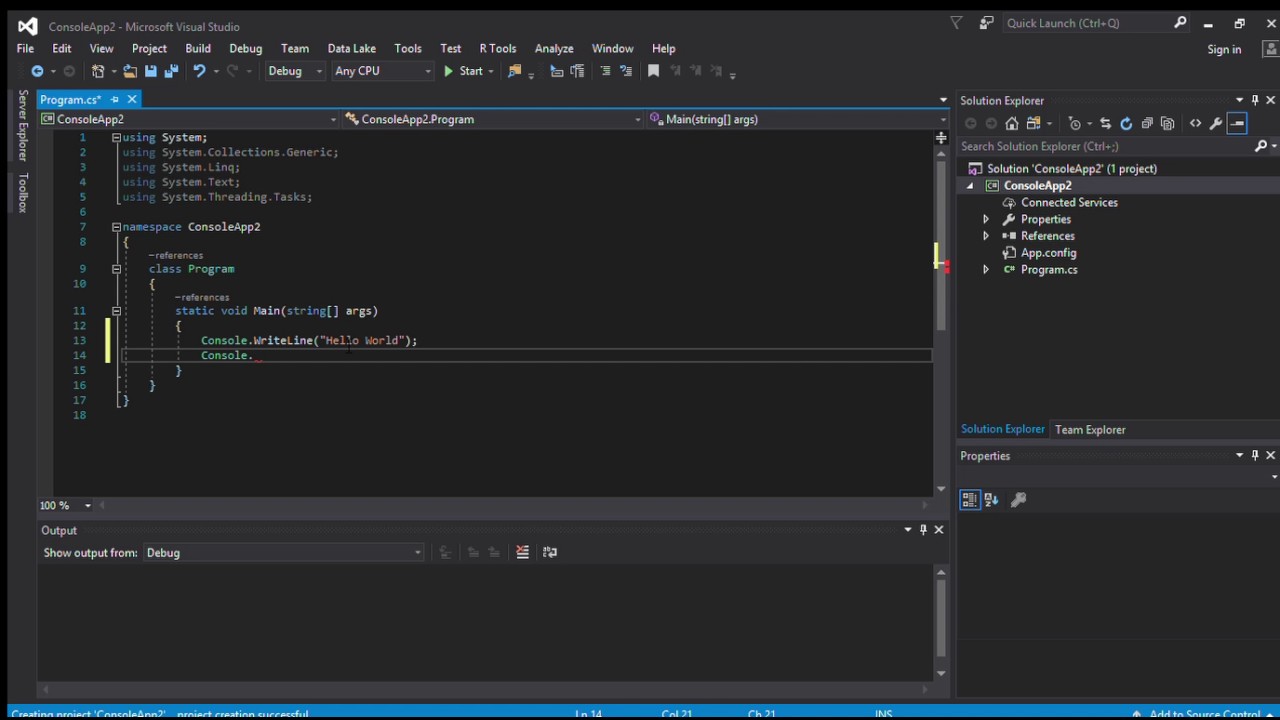 Company doesn't mentor. HR has no strategy in place to retain top talent. Pay is low. Talent is mediocre. Japanese style hierarchy and decision making structure is out of place in Silicon Valley.

The company "events" have become an embarrassing joke (karaoke in the parking lot anyone?).